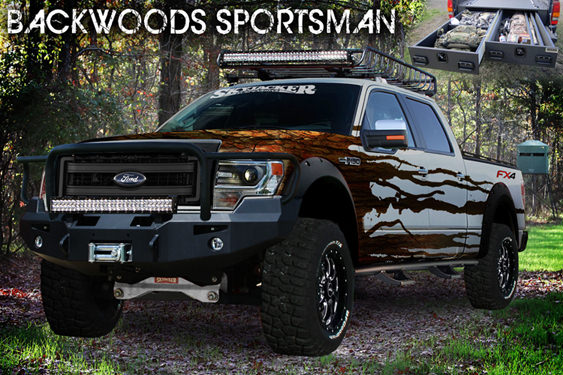 Since 2000, we have custom-painted at least one vehicle annually for Skyjacker Suspensions to present at the SEMA show. We are pleased to show you our exciting 2013 project! 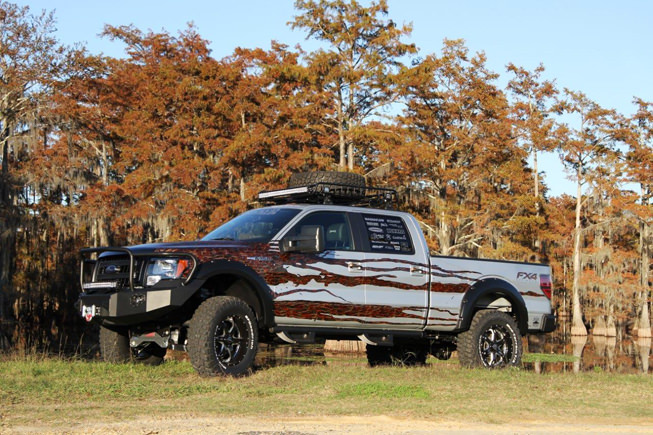 The Backwoods Sportsman was designed to include an artist's rendition of the patterned bark of a southern pine tree. The canvas? The body of a new 2014 Ford F-150, outfitted with Skyjacker's 6-inch lift kit, locking storage, heavy-duty bumpers, and other accessories chosen with the outdoorsman in mind. To make this a reality, we adapted the concept to represent in paint the colors and textures of the bark design. With Ford's approval, we even incorporated the same pattern into the FX4 logo. 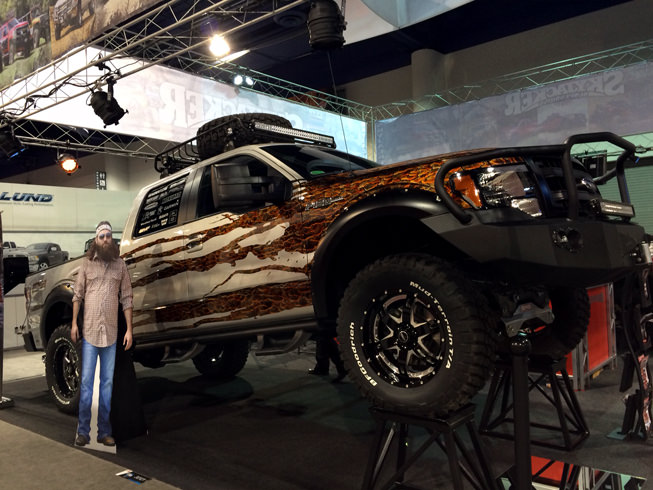 At the 2013 SEMA show in Las Vegas, the truck was showcased at the Skyjacker booth, which also featured special guests from Duck Dynasty and Shipping Wars. It was sponsored and approved by Ford Motor Company, and received accolades from the their marketing department in addition to a Ford Project Excellence Award. 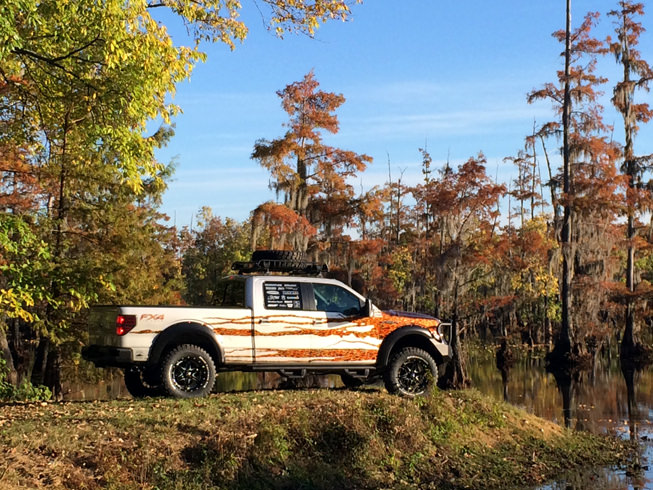 We're proud to have been a part of making this a successful undertaking! 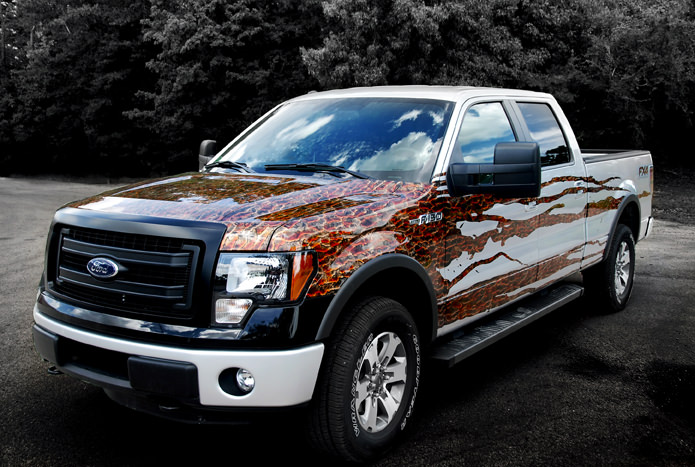 See our other Skyjacker projects!